Tater Tots Grow to Be Couch Potatoes – Can Wii Help You? 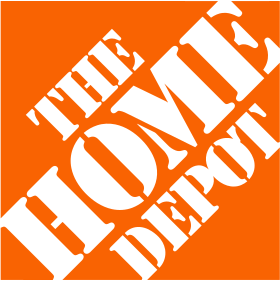 Yes, right before your very eyes, your children are growing up. The children of America are growing up to become just like you. (at least in some aspects) And did you know that you are the primary role model for them? Whether they like it or not, or whether you like it or not. Your habits will become their habits.

This really comes back to bite them in the area of fitness and nutrition. Your tots are sitting in their chairs, nestled into their beanbags, vegetating in their Snuggies grasping the television remote or the video controller chubby hands on arms barely long enough to reach out from those snuggies as their avatars perform mighty feats of agility and prowess, while they get out of breath as they trudge to the refrigerator to refill their Mountain Dew and their bowl of Double Chunky Monkey Chocolate Chip.

Or do they? What is the example you are setting? I know that you probably aren’t “that parent” who has bought their child a TV for their room and makes sure the soda fountain and the potato chip mountain are never ending. Aren’t you?

I’m as guilty as anyone of trying to placate my kids by letting the TV and Nintendo be my babysitters as I pound away on the keyboard, but they also know that we don’t eat (much) junk food, and that we do take runs and go to the gym. I am still struggling to get past the upbringing I had with Captain Crunch powering my morning and Pringles (those oh, so healthy, potato-ish chips) as a featured afternoon snack. My parents, brothers and sisters and I all spent a great deal of time in front of network TV with our regular shows; Dad sitting with a glass of iced tanqueray or a bottle of Carling Black Label beer, us with our cans of soda and whatever snacks mom brought out. We all have hurdles to jump over, and we all have to thank our parents for doing the best they could, just like we are doing the best we can. Let’s all agree to try not to be the couch potato that our little tater tots emulate? Ok?

So what do you do? Maybe the first step might be a Wii. Maybe you’re laughing at this point saying Wii? Are you kidding me? But amazingly enough, it’s more fun than you would think. My first reaction was to scoff, but the games are intuitive and get you off the sofa and interacting with your kids. It’s a win-win, and it’s a start to the right direction. The video game concept is close enough to what the kids are doing anyway, so they will more easily transition.